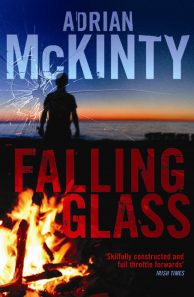 Killian makes a living enforcing other people’s laws, collecting debts, dealing out threats and finding people who do not wish to be found. Now regular McKinty hero Michael Forsythe sets Killian up with the best paid job of his life: Richard Coulter, an Irishman with political connections, and the owner of a budget airline, is willing to pay half a million to track down his ex-wife and children.

But Killian discovers the real reason Coulter’s ex is running, and helps her take refuge among his people, a community of Irish Travellers, who close ranks to protect them – for a little while at least…