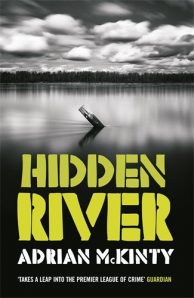 Denver, Colorado: a pretty, clever young girl working for an environmental charity, Victoria Patawasti is sleeping peacefully, unaware that she has barely an hour to live. As her killer slips into her apartment and draws a revolver in the darkness, Alex Lawson wakes up in Belfast. Twenty-four, sickly, and struggling to kick his heroin habit after a disastrous six-month stint in the drug squad of the Northern Ireland police force, Alex badly needs a chance to get back on track. Victoria was his high school love, and when he finds out she has been murdered, he volunteers to help Victoria?s family hunt down the killer. But once in Colorado, Alex has a fight on his hands: wanted by both the Colorado cops and the Ulster police, and uncovering corruption at the highest levels of government, he can solve the case only if he manages to stay alive.